Your puppy is not completely covered until 2 weeks after their final puppy vaccination. It is then that they can socialise freely in public areas and with other animals on unknown vaccination status.

Canine vaccinations are known by the codes C3, C4 and C5. The virus’ that are commonly vaccinated against and their symptoms include:

Panainfluenza and Bordatella Bronchiseptica make up the two components of the virus commonly known as Kennel Cough.

The main feline vaccinations are known by the codes F3 and F4. The virus’ that are commonly vaccinated against and their symptoms include: 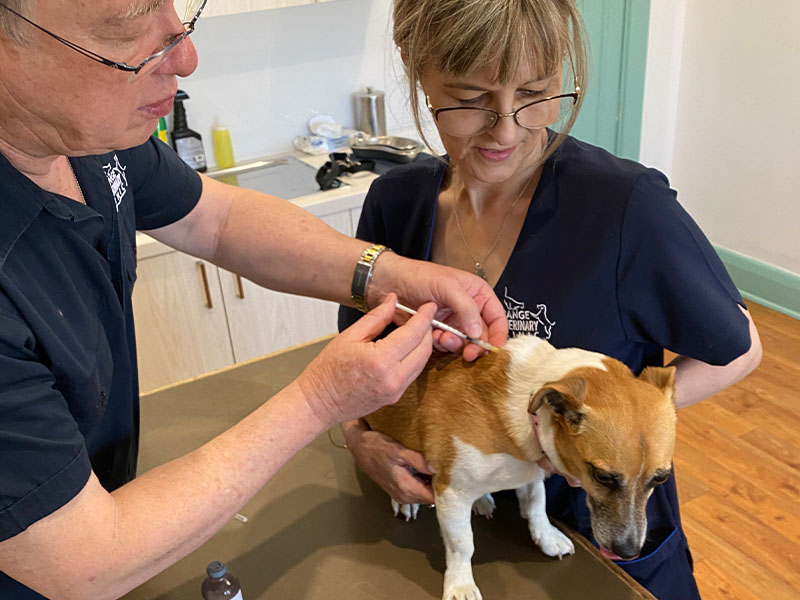